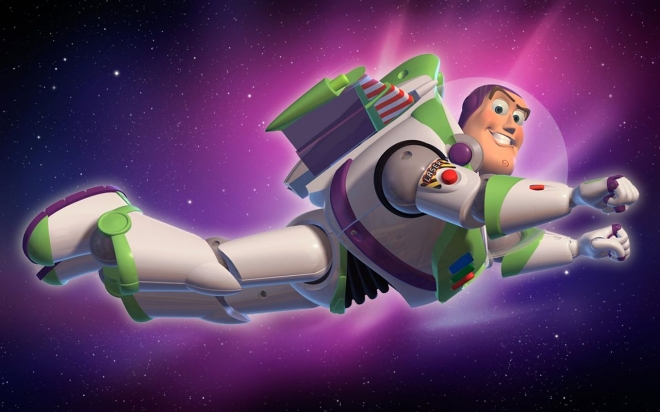 How thinking about infinity changes kids’ brains on math

When I first encountered infinity, I was a four-year-old in the Latter-day Saints temple in Atlanta, Georgia. My parents, my sister and I were there to be ‘sealed’ to each other, in a ceremony meant to unite us as a family forever. I didn’t really understand what ‘forever’ meant; in fact, much of the event seemed mysterious to me. My sister and I knelt on the floor with our elbows on a pedestal, and my parents arranged themselves the same way across from us. Behind them was a mirror, and behind us was a mirror. The two surfaces reflected each other’s images back and forth, creating infinite reproductions of our family together.

I looked into the images and was amazed to see that they never ended; they just got smaller and smaller. At some point I could no longer discern the individual reflections, but I intuitively grasped that I was merely running into the limits of my vision. The reflections kept going and going. ‘Oh,’ I thought, with a chill of understanding. ‘Forever.’

According to the constructivist philosophy of education, built on the ideas of the late philosopher Ernst von Glasersfeld, this experience altered my brain’s perception of mathematics, even though it didn’t involve doing math in the traditional sense. The same is true of all experiential brushes with mathematical concepts, but no mathematical concept is more intense than infinity. Which makes infinity uniquely relevant to addressing some key concerns about modern education.

Students today often feel like they are drowning in a sea of standardised tests. A seemingly rigorous approach has left many of them rather good at math tests while leaving them bad at math as a concept, and at the crucial forms of logical thinking that comes with it. Infinity provides an antidote. It has the power to create conceptual wows – and to do so even in minds that have not yet been exposed to algebra or any kind of number theory. There is a reason that so many kids are attracted to the mathematical visualisations of M C Escher, whose drawings often reference the kind of infinite regression I experienced at the Latter-day Saints temple.

Infinity raises its fist to rote memorisation and multiple-choice testing, because encounters with infinity are fundamentally conceptual in nature. They correspondingly create conceptual (as opposed to procedural) knowledge – a foundational comprehension of, for example, what multiplication is, and the ability to understand its utility in a variety of situations. Asking students to imagine and experience the infinite gives them better numerical intuition. It promotes active learning and metacognition, which usually take the form of inquiry- or problem-based curricula in progressive schools.

The United States’ Common Core State Standards in math education are partially an attempt to achieve those kinds of goals, but they have prompted widespread complaints from teachers and parents, many of whom find its methods arcane and confusing. Common Core alone should not take the blame, however. The traditional classroom doesn’t effectively foster conceptual knowledge, according to radical constructivism, because of its inherently passive structure. In 1988, von Glasersfeld argued that ‘knowledge is not passively received either through the senses or by way of communication’. Instead, it comes from experience and is actively built, brick by brick.

Built-up knowledge evolves over time, because our experiences are always changing. When a new situation or piece of information has to be incorporated into the brain’s intellectual framework, the bricks reshuffle like Tetris pieces. Students need to experience math – not just hear about it, as typically happens in the classroom – to understand it.

Although it seems to be one of the most confounding things in mathematics, infinity can be a gateway drug to deeply personal mathematical experiences. It connects instantly to big, personal questions about life and death, power and control, the beginning of time and the end of the Universe. All of that makes infinity a great focal point for improving Common Core, and for sharpening mathematical literacy in the schools more generally. But really, everyone would benefit from more close encounters of the infinite kind.

In an article for The New York Times, the mathematics teacher Patrick Honner suggested simple ways to bring infinity to kids (or an uncle who thinks he’s bad at math). For the first, all you need is a door. Have the student (or uncle) stand across the room from it. Then, ask them to walk halfway to the door. From their new spot, have them halve the distance between themselves and the door again. And again. And again. How long will it take to reach the door, you ask, if they continue traveling halfway with every step? Even young kids see that the answer to ‘Are we there yet?’ is ‘No, never.’

Demonstrate the same concept by cutting a sheet of paper in half, then in half again, then in half again. The pieces will get smaller – too small to cut. But the paper-cutter can understand that a tiny person with tinier scissors could continue to cut the paper indefinitely – infinitely. Resolving these apparent paradoxes requires the walker or paper-cutter to interpret the novel experience, to build up and shift their mental bricks. This neurological rearrangement represents what Frederic Bartlett, a pioneer of cognitive psychology, dubbed ‘schema’ in his influential 1932 book Remembering: A Study in Experimental and Social Psychology.

Such rearrangements appear to be pervasive and permanent. ‘New experiences do not have a limited effect, but cause the entire cognitive structure to rearrange itself… [W]hen one learns something and that learning results in structural change, one is prepared to learn something more advanced in the same category,’ writes Meir Ben-Hur, a teacher trainer and math education theorist at the Feuerstein Institute in Jerusalem. In encounters with infinity, the imprint left on the brain is not just a memory of walking slowly toward a door – or, in my case, looking into a set of mirrors. It is a better-formed, broadly applicable intuition for numbers.

Perhaps the most exciting power of infinity is its potential to inoculate ourselves from the fear of math. After all, once we have dealt with the most abstract, biggest ‘number’ there is, billions and trillions don’t seem so scary. That constructed knowledge (and bravery) will stay with us and apply itself to anything that involves numbers, from finances to climate science to vaccine statistics. Once we assimilate the know-how born of infinity, we can intuit that math isn’t something that just shows up on tests: it is everywhere, and its applications are boundless, just like it is.